Lately I’ve been into making timelapse videos, so I took advantage of a break in the weather to head to Golden Gardens to see if I could get any interesting cloud action.

It works out well this way though. I set the bridge camera up on the tripod for the timelapse and then can use my main camera for other shots while the interval shooting is in-progress. I did catch a neat shift in cloud direction on this outing in the timelapse video.

So while the bridge camera was busy doing its thing I watched interesting clouds.

Had a chat with a seagull that came and kept me company for a while. 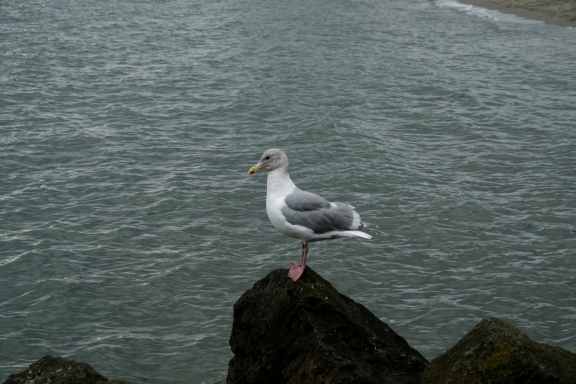 Watched this guy launch his kayak. He paused for a bit here, perhaps pondering the wisdom of heading out into a weather break that was quickly disappearing. 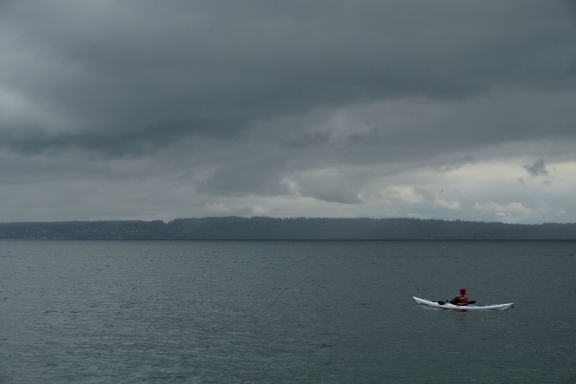 After I’d been at the park for about twenty minutes it had started sprinkling rain. The kind of rain we Seattleites can easily ignore when we are determined to be outside. But a thick band of rain had started on the far side of the sound and was slowly moving in my direction and the sprinkle was picking up speed. Finally I decided I should end the interval shots with still about 100 left to go and packed up my gear.

I made it back to my car just in the nick of time.