I didn’t include any images in my Night Photography posts because they were already overly long. So I’m displaying a few here.

All photos were taken with my current camera, a Fujifilm X-T20 with an APS-C crop sensor. All focal lengths are given in full frame equivalents.

All of the photos are SOOC (straight out of camera) JPEGS. SOOC means you haven’t done any editing. Though I did reduce resolution so the files wouldn’t take up too much of my limited WP storage allowance. (Click on the images to see clearly with no WP compression.)

These first two are from my first time shooting the Seattle skyline. I chose the Blue Hour because I’d learned from YouTube videos that a twilight sky adds more interest and depth than a pure black sky.

My objective wasn’t composition but to learn how to do it. I spent most of the shoot playing around with WB presets as the light changed because I was just starting to learn about white balance. (I’d always used auto WB in the past.) At the time I didn’t know anything about Kelvin settings.

Both images were shot in Aperture Priority, manual focus, and ISO set to 200, which is my camera’s lowest native ISO.

The change in aperture may have been accidental, I can’t remember. 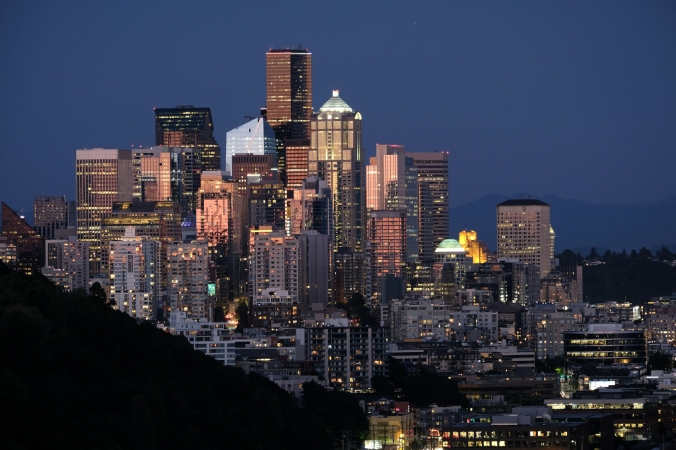 The next two were shot in the first month I owned the camera. One reason I upgraded was to get better low light performance, so I went out a few times around my neighborhood to test if I could shoot handheld at night.

This illustrates how you can use your local area to learn how your camera performs and get in some practice using it in the dark. Composition isn’t terribly important for this kind of practice.

Both were shot in Aperture Priority, auto WB, auto ISO, and using autofocus. Using autofocus successfully in urban settings depends on how much ambient light there is and how good at focusing in low light your lens is. 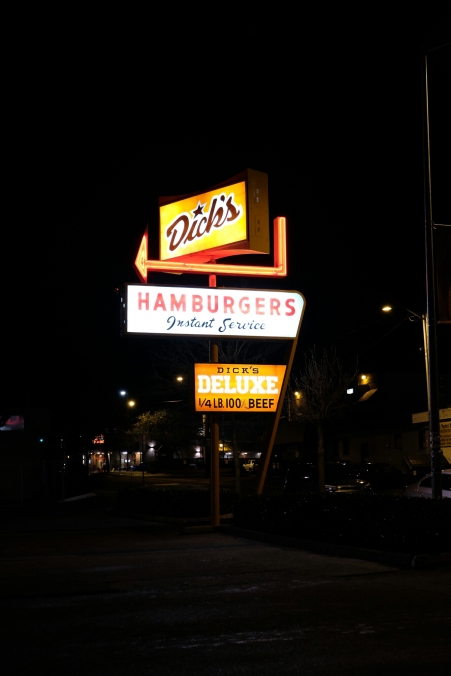 The next two are from the second time I photographed the aurora. Since the predictions looked promising for a stronger than usual aurora display I decided to only drive half an hour away to a suburban park on Puget Sound that is darker than Seattle but that still has a lot of light pollution.

By then I’d learned a few basics about Kelvin WB but hadn’t bothered to discover how to set it on my camera yet. So this is another reminder to practice things before you need them! I did get it figured out.

Once I settled on a starting ISO and SS (shutter speed), all of my initial shots were WB experiments. The aurora was very dim and inactive when I got set up, so I had the leisure to play with it.

The aurora had grown gradually brighter over a 30 minute period, and then it suddenly kicked off. Both of these were taken within 5 minutes of the aurora starting her dance.

I chose these two photos as examples of how exposure affects what you capture during an active display. Many would consider the first photo underexposed. But it’s actually one of my favorites because of the flying saucer shape, Big Dipper, and vivid color reflection on the water. (You have to click on it and view full size to really see the Big Dipper.)

The second photo is a tad overexposed, but that’s easily adjusted with editing, even on a JPEG. You can see how the brighter exposure picks up a lot more of the aurora.

The last photo is an example of taking shots for practice when you can. I was on my way home from enjoying the falling snow at a woodsy park on Christmas morning before anyone else was stirring. It was near the beginning of Blue Hour.

After only shooting a few times at night in the eight months I’d owned the camera I was much more confident using it. I didn’t use auto anything. Practice, right?

Unfortunately, the snow on the ground isn’t bright white, it has a slight orange cast from the parking lot lights. This is the kind of thing you frequently run into with urban night photography. If shot in RAW instead of JPEG it’s easily fixed. 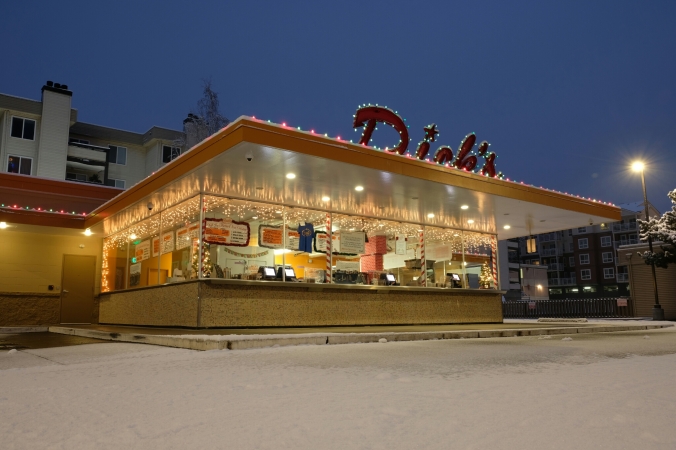 Part 16:  Learn From Your Photos

2 thoughts on “Some Night Photos”