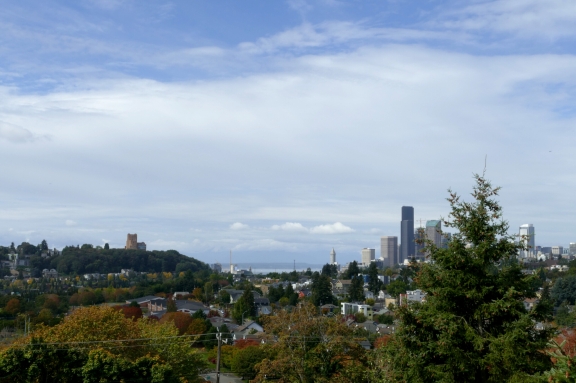 As we left the Woodland Park Rose Garden I wasn’t paying attention to the time. My best friend and I were happily chatting away as we drove back to Capitol Hill to get back on the originally planned tour route.

As I mentioned in Part One, my friend left the planning for this outing up to me. I had kept my plans a secret, so she didn’t know what to expect after we left the garden. I told her we were going to a viewpoint that was on my list of places to preview for this blog, and that this would be my first time there also. I think she got a kick out of being my park previewing partner.

Because they were on the way, we drove by the two apartments I’d lived in on Capitol Hill in the 1980s, and then the house I’d owned in the CD (Central District) in the 1990s. Probably kinda boring for my friend, but it was fun for me.

I was shocked to see a new, extremely modern style house next to my old house (built in 1903 and remodeled in the ’70s) on a street of older houses. The little house the two retired ladies had lived in next door had been torn down and replaced. Out with the old and in with the new I guess.

We finally arrived at our destination, the Mt. Baker Ridge Viewpoint. The viewpoint is a pocket park tucked back in a cramped neighborhood that sits atop the I-90 tunnels. It’s located on a street with a tiny commercial district that I didn’t even know was there, despite the fact I’d lived nearby for six years. (The park is relatively new, opened in 2009.)

The viewpoint looks west down the little valley between First Hill and Beacon Hill. You get a territorial view that includes part of the downtown skyline, and the Olympics on a good day.

Unfortunately we weren’t there on a very good day. That Saturday started out cloudy, but it was supposed to clear up. And it did. When we were at the rose garden the sun was shining brightly with just some white puffy clouds in the blue sky overhead.

But by the time we got to Mt. Baker Ridge hazy clouds were moving back in over the sound and downtown. Even though there was still some sun at the viewpoint, the light over the city was very flat and we couldn’t see the mountains.

Between the changing weather and being distracted I didn’t end up with very good photos from this first visit to the viewpoint. I’ll get back there eventually on a good day to take more photos and write up a proper preview.

Mt. Baker Ridge Viewpoint still ended up being a fun little stop on our tour. My friend thought it was quirky and a perfect example of passive urban recreation space. Her favorite part was the art installation of stones that are lined up with the setting sun at the equinoxes and solstices.

After we’d been at the viewpoint a few minutes I finally noticed what time it really was. It sunk in that there was no way we could complete the full tour and still make it to our 2:00 lunch reservation. We’d lost a lot more time to being way off route with Emergency Plan B and some heavier than expected traffic than I’d realized.

I ditched the element of surprise and gave my friend the choice between two short stops or one big one before we headed on to the restaurant. She chose the big one, which was the most flashy and urban thing I had planned for us that day.

Our next stop: Sky View Observatory in the Columbia Center. You can read about it in Part Three. 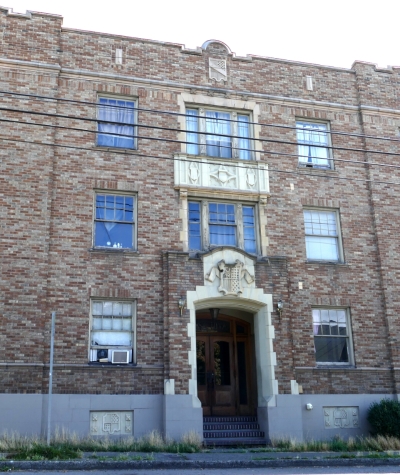 My first home in Seattle, looking a bit worse for wear. (The rent on my studio in the back was $250.) 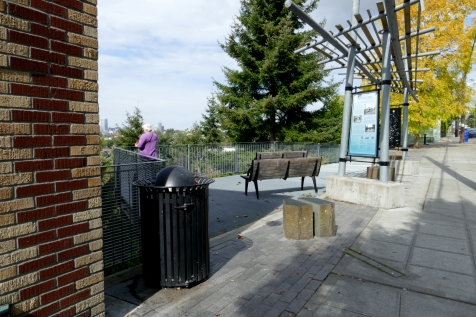 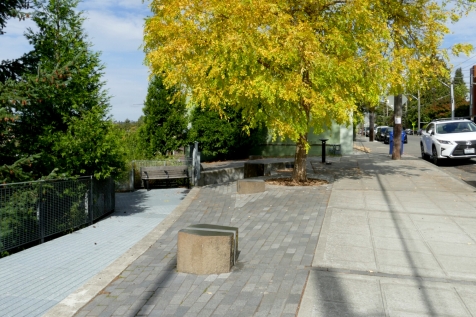 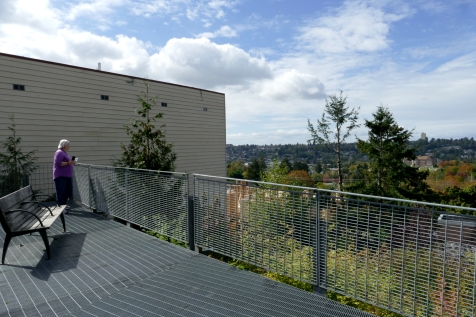 3 thoughts on “Urban Outing Part 2: Oh My, Look at the Time”